Stings, Bites, Lefts and Rights - Mexico has it all. 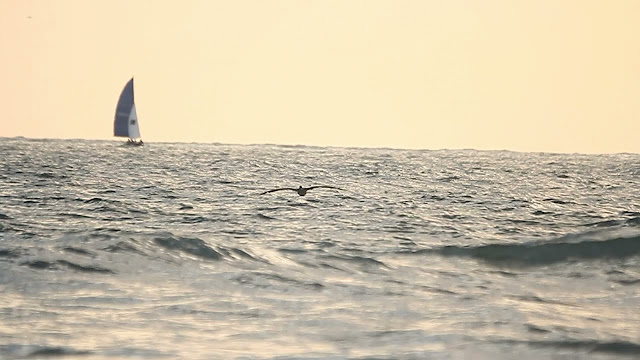 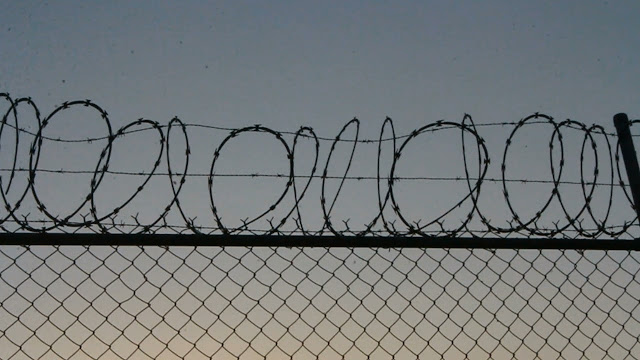 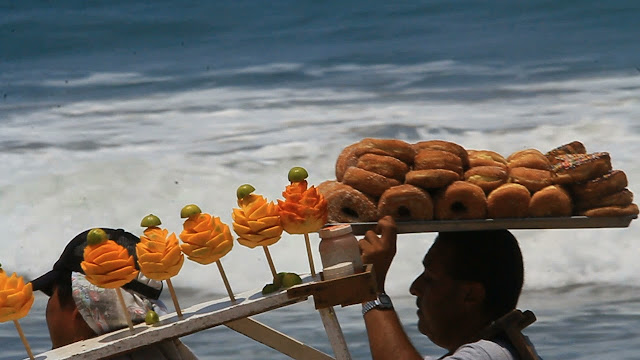 As I stand on the street corner and take in my surroundings I smile at the tall buildings looming over head, the smell of five taco shops within arms reach, and the wet salty air breezing through the intersection.  Ah, the lively city of San Dieg - oh?  My thought is cut short when I see a pick-up truck drive by with a dozen menacing looking men dressed head to toe in black body armor, with face masks and ballistic helmets, a pair of steely vigilant eyes the only visible part of their body.  Automatic weapons aren't slung over their shoulders just for show,  but propped up and pointedly scanning the streets.
That's right, I'm in Mazatlan, Mexico.  By the surroundings, it can be easy to mistake the area for a city in southern California, until you see those Federales buzz through town packing more weaponry than an army bunker.  We arrived just a few days ago for the ALAS Latin Tour surf contest, and after recently being tucked away in a remote village where collecting water with a bucket is part of everyday life,  Mazatlan was sight for sore eyes. Enormous shopping centers, sky high buildings, movie theaters, SUVs, upperclass mansions, and get this, running water!
If we hadn't just bussed in from Guadalajara - a five hour trip along a barren country side with the occasional tipping shack village, I would have thought we were in the US.  Just like San Diego, it had a million taco shops, half a million sushi places, burger king, home depot and even a starbucks.  Considering how nice the neighborhood feels, the Federale swat team scouring the streets for troubled youth with guns at the ready seems like a bit of overkill, until you realize that the troubled youth in Mexico are gnarly gangsters and drug lords with armies and automatic weapons of their own.
Mazatlan is located in the southern part of the Sinaloa,  a Mexican state famous for being home to some of the most fearsome drug cartels. In recent years the cartels have taken to offing each other, earning Sinaloa a lengthy forewarning in the government travel advisory.  But before drug related  murder and violence sky rocketed, many Cruise Ships would port in Mazatlan, unloading hoards of vacationers to explore its white sandy beaches and historical roots.   Unlike many tourist destinations in Mexico, Mazatlan was a thriving city before anyone came relax on its beaches - largely  due to its fishing industry and port. The shrimp capital of the world! some say.  Shrimp in spanish is El Camaron, the name affectionately given to the main surf spot in town, and the location of the ALAS Latin Tour Mexico event.
Though the travel advisory warns  people off, and the cruise ships have suspended their stops in Mazatlan due to the violent murders,  the vibe in the city is really mellow.  Like, "hey maaaaan" mellow.   We were standing there on the street awaiting the walk signal when a  fierce, could-be-gangster-druglord rolled by in a SUV that would make JayZ gasp with desire.   And booming from his twenty thousand dollar stereo system was "One Loooove, One heart, let's get together and feel alright"  Bob Marley.  Go figure. That is Mazatlan for you, full of surprises.
The walk signal bleeps and we cross the road with eyes peeled for cars not in the mood to obey the law. From what we had seen so far, pedestrians don't have the right of way in Mexico, ever.  In fact, it often seems that cars speed up when you step into the street to cross.  At first I felt singled out because our appearance, blond americans are hard to miss, but then I saw a mexican woman and her two children almost get plowed down in the same manner.
We safely cross the road and make our way along the busy main street to the beach, where the left hand point break called El Camaron is waiting.   For the first few days the waves were mediocre, if not unridable. shrimpy.  The locals were going out on inner tubes with crowbars and snorkles, hunting for oysters.
Thankfully the point break is only a short paddle out from the sandy shore, but the wave breaks over an urchin infested reef.  It is so shallow that when you are sitting at the takeoff spot if you aren't careful your feet will drag into the urchins and you'll be howling in pain pulling out the spikes.  At low tide when the waves are small it is common for your fins to scrape on the reef as you try to ride the wave, sending you flying off the board.  It is advisable to spread your body like a starfish so as to limit any further encounters with the urchins.
With the ALAS event on tap the surf lineup tends to fill pretty fast despite wave size or quality. Eighty pro surfers need to practice and the entire surf population in Mazatlan wants to join in the fun.   It makes for a hilarious thing to watch from the beach, but a hellacious thing to experience from the water.  Gary and I spent the next few days avoiding major traffic accidents in and out of the water - dodging cars and wayward surfboards.
Luckily, once the surf contest started a big south swell hit and instead of having to milk baby sized lefts,  the waves grew to a few feet over head the spectators were alight with delight watching the event.    As a powerful longshore current washed north, away from the point,  I could only ride one wave, belly in, then run a hundred meters back to the top of the point to paddle back out.  I  took 2nd place at the event  and was stoked to see one of our friends claim the junior and open mens victory.   (Congrats Anthony Fillingim!) 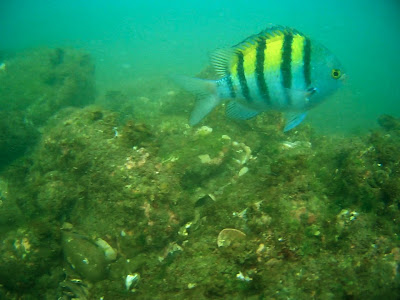 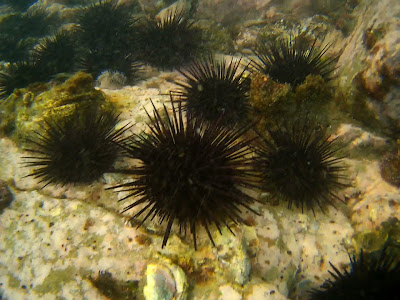 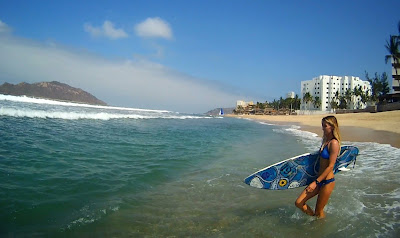 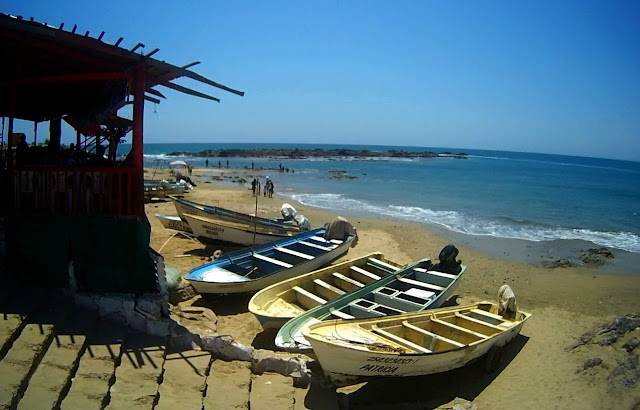 After the surf contest we had planned on skipping town and heading straight to a set of infamous secret spots.   But due to a random set of events we ended up stringing days into almost two weeks in the crazy party city.  It wouldn't have been so bad, but for the enduring flat spell that plagued the coast during that period.  If we had been partiers, we would have been in paradise.  Did you know that Mazatlan is home to the very first Senior Frogs and where Pacifico Brewery was first established?  (If you don't know what those are, and you like to party or enjoy beer,  then you need to take a trip to Mexico.)
Being off the party bandwagon and up at five in the morning jonesing for a surf, we found a beach break fifteen minutes by bus that has waves when everywhere else is flat, so we were still surfing most days.  The wave is strange and backwashy but once you learned its sections, surfing there could be fun.
With swell, Mazatlan has some incredible surf setups - three left points, one right point, and a decent beachie all within a twenty minute drive.  If you have a vehicle there is a slew of spots to surf within an hour north or south of the city, but you better have 4wd, or better yet a tractor, because the word 'road' doesn't apply to what you have to drive over to get to some of the waves.
The only major complaint we had on surfing in Mazatlan had to do with something blue.  And bottle like.   The infamous portuguese man-of-war, aka blue bottle,  floated into the lineup for many of our surfs.  The locals were freaking out, allowing us the opportunity to freshen up our spanish swear word database.  Little kids would walk the shoreline with cups and a stick collecting the blue bottles that had washed up, within a hundred feet they could fill the cup!
Those little blue devils are appropriately called Quemadores in spanish.  Burners. It is like someone is holding your skin to a frying pan turned on high. Under no circumstances are you to scratch where you get stung.  You are supposed to gently wash the tentacle away with salt water and apply some sort of soothing agent -  ammonia or pee would do the trick.  Not knowing this, we'd just scratch and rub and scream, making the burning sensation get worse and worse.
To escape, we almost jumped in a rusted old van with a handful of Latin Pro kids that were heading to the ASP Acapulco surf contest.  But between the news reports on the vicious attacks in the warring state of Michoacan (an area we would have to drive through to get to Acapulco) and the fact that the van could barely make a ten minute drive without coughing and sputtering and needing a restart,  we all opted for a different exit strategy. (Can you imagine having your car break down in the middle of a mexican civil war between drug cartels and federales? no thanks)   With a bus system that runs to every nook and cranny in  Mexico you can arrive anywhere for pretty cheap.   We got everything in order and finally set off on our next adventure, heading toward a wave-rich coastal area that got our blood pumping just thinking about it. 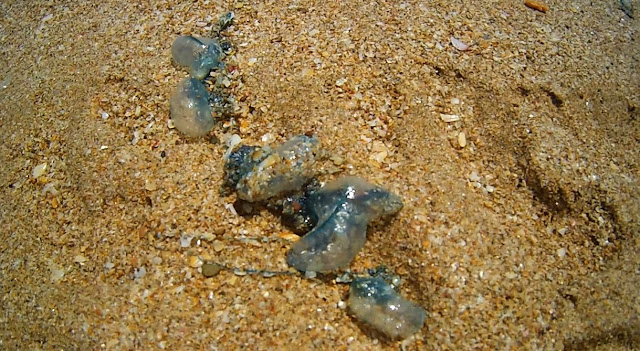 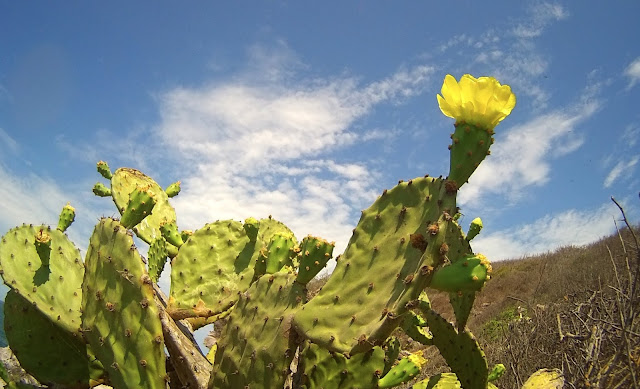 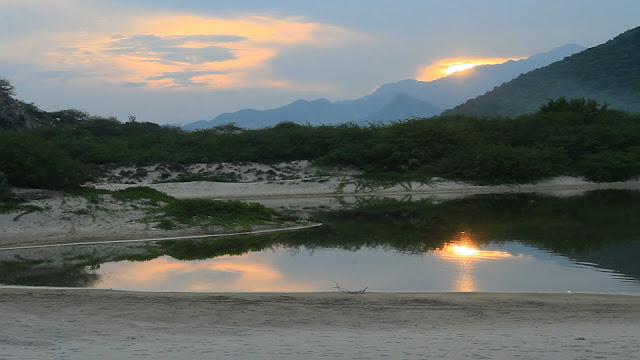 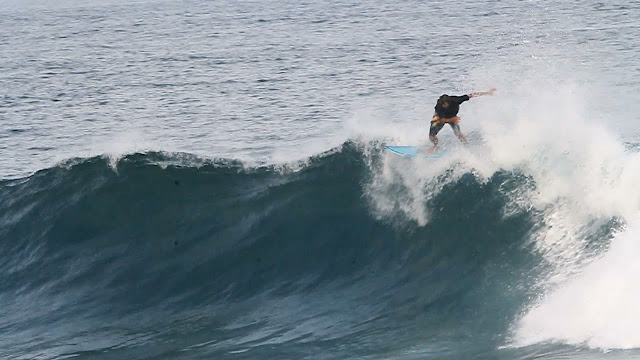 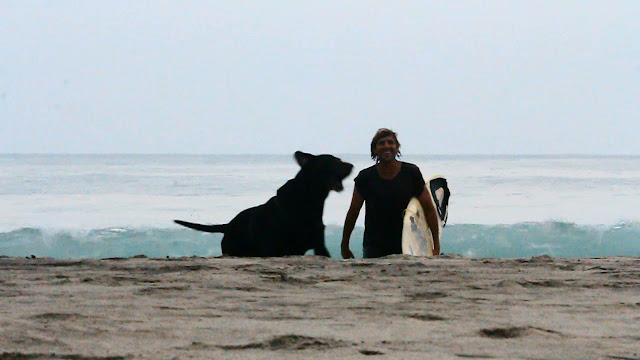 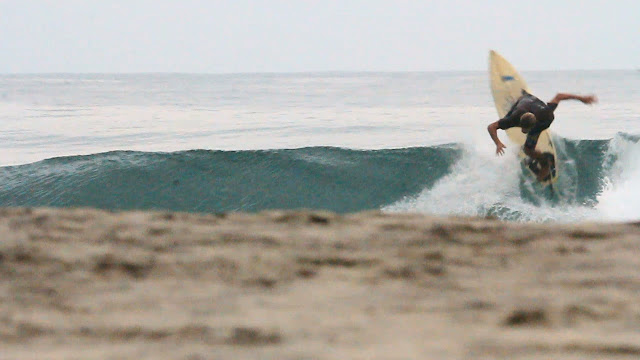 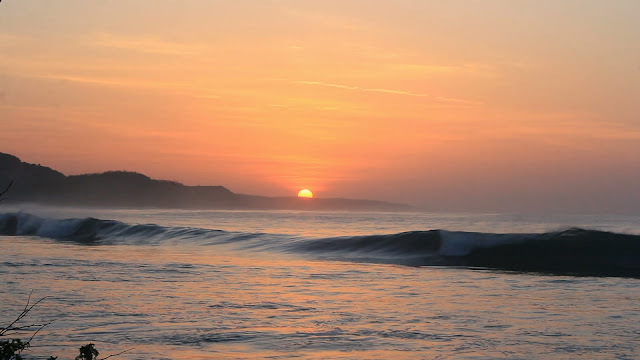 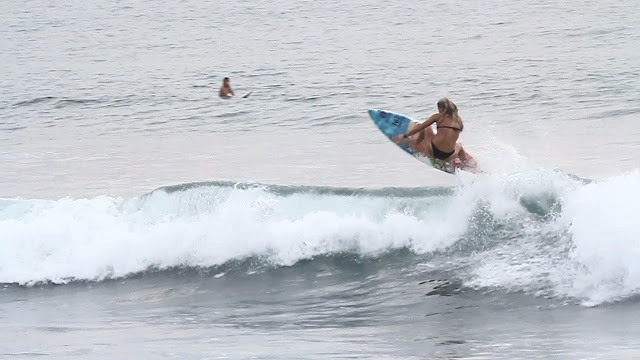 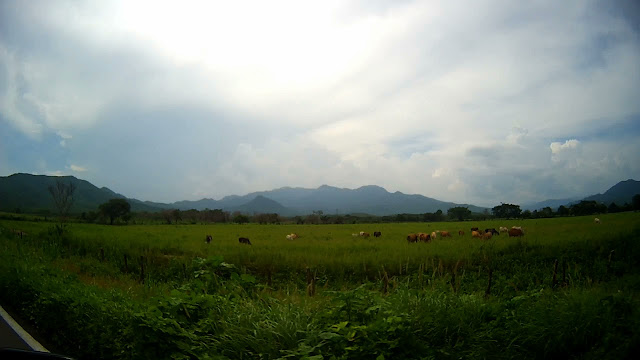 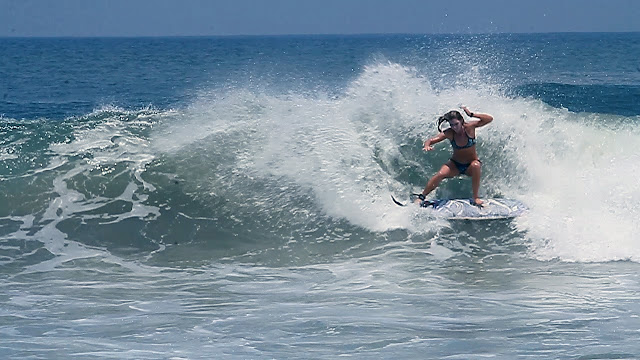 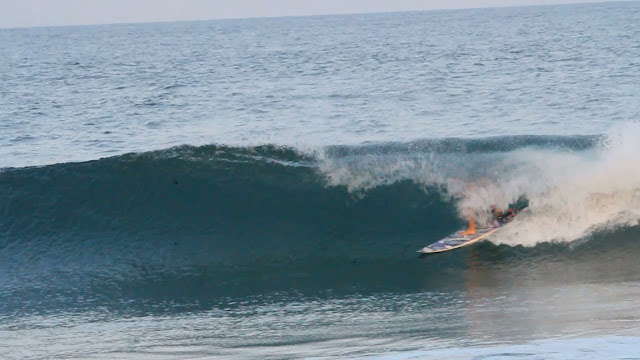 Thanks to RAW ELEMENTS SUNSCREEN, NEXO SURFBOARDS, and TICASURF Bikinis
Posted by danielle ciminero + gary lynn at 8:22 AM