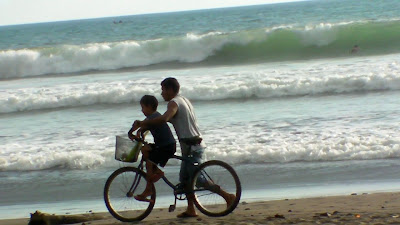 Heat radiates over the land this time of year in Costa Rica- average daily temps are between 92 and 98.  Our walks up the beach for the past bit of time became unbearable so we took a few days off and filmed out front Hermosa.  The wave is a little different but still fun and the energy we were able to save by not walking the two hours really helped us recharge.  Then a sequence of  huge unsurfable days followed suit and pretty much beached us. There were a few gems in the mix - big bombie beauties - but with a treacherous paddle out, the looming doom of your board snapping in two at any given moment, plus the insufferable rip current pulling you miles away from the peak you thought you were going to surf....well let's just say you'd end up near panama with pieces of foam and a sunburn.  Instead we wandered around town like lost puppies hoping to get a ride to any one of the super fun perfect point waves or reef breaks in the nearby area.  Without a set of wheels we were pretty much stuck.   Tomorrow the swell is dropping again  so we'll be back in the water. 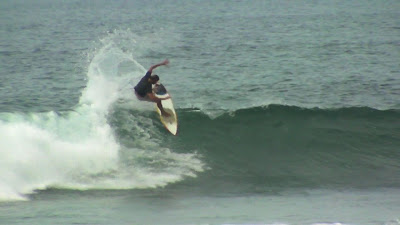 I learned some important lessons this week.  You have to be willing to fall and fail to move forward.  Whats that saying? one step back two steps forward....I am starting to see the logic there.   Surfing, like anything, you can spend a whole lifetime learning.  If you desire to get more than you are out of anything in life, you are going to have to become a student again- be willing to not understand and look stupid or incompetent.  So many people, myself included, are scared to learn anything new. 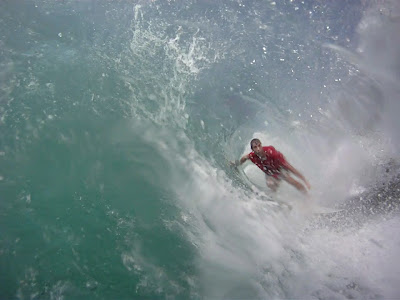 This past bit of time i put in some solid effort into what we call "Fall-a-thon Sessions" I didn't have many usable clips this week because on almost every wave i tried to go beyond what i know how to do.  I tried to draw lines I'm unfamiliar with, tried to push the tail, tried a few airs, and tried to do everything with a little more Umpf.   Boy did it make for some pretty hideously surfed waves and some very hilarious wipeouts.
This week, I also started to play my little guitar again, picked up my French in 3 months book, and watched a few movies in Spanish to relearn the fluency I once had.  To be honest it all felt disastrous. 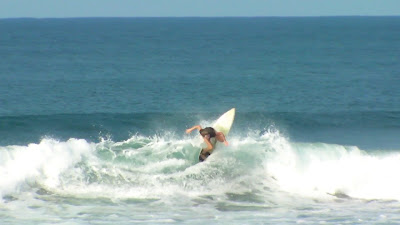 Not only did I have to put headphones on the dog to shield her from my awful music making, but I attempted to play for so long that my fingertips nearly bled and I still could barely piece together any of the songs I used to know by heart.
And my French, Ha!   The people of France are running home with their little ones to escape the possibility that I may ever try to speak their language in their country.
Thankfully my spanish is still in tact, except I have to turn the volume up so loud that the neighbors think we are having an earthquake.  (for some reason its easier to understand if its excruciatingly loud) 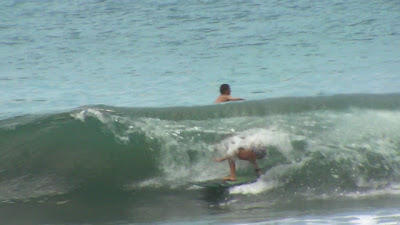 All in all, kind of a doozey of a week.  I could have spent this week doing only the things I know. But, with a week here and some time there,   I'll be having far more fun surfing with a new bag of tricks, be playing peaceful melodies on the guitar,  speaking a few french words with dignity, and be listening to spanish movies at a normal decibel level.
I guess the Fall-a-thon sessions inspired me.  we spend such a large portion of our lives unwilling to step back into the shoes of the beginner.  but being the awkward beginner is the most amazing part.  it is how we strengthen every other aspect of our being- kind of like cross training. :)  thats all in my blah blah book for this week.... 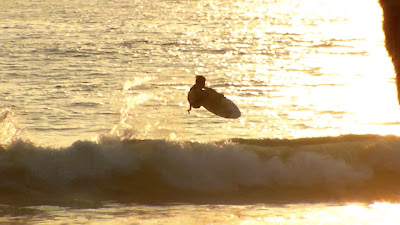 If the wind will not serve,
take to the oars.
Latin Proverb
Posted by danielle ciminero + gary lynn at 4:38 PM